52 years and such an honor…

Monday afternoon, on my way to set up for a wedding, I got a phone call from Valerie, telling me she was on the Eurodam, headed for St. Thomas, and wanted to know if she could get married…tomorrow! Turns out, she was really looking for a vow renewal. She had 12 others joining them and just needed something simple – some flowers, an arch and a little coordination.

We often do vow renewals – sometimes for couples that legally married just a week or two before coming to the islands. Either they did the legal paperwork back home and wanted the ceremony here or they had the big wedding back home to make family & friends happy….but had really wanted an island ceremony for themselves, so they do the ceremony on the honeymoon just for fun. We’ve helped people renew their vows for their first anniversary, 8th, 10th, 25th – 32nd….you name it. I didn’t ask Valerie on the phone how many years it had been, so I was shocked when she told me it was 52! Not only because 52 is such a significant number, but because look how YOUNG they looked! 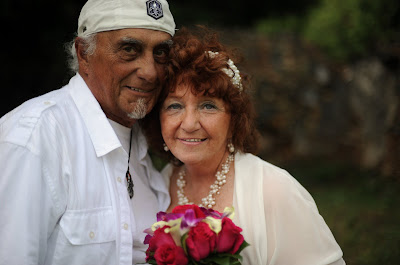 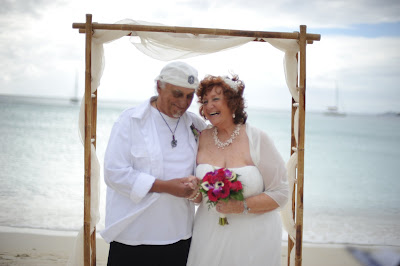 I have never felt so honored to be a part of something. It was magical. They had run off as teenagers, behind her parents unapproving backs, and married…just the two of them.

On this day however, they were surrounded by children & grandchildren. 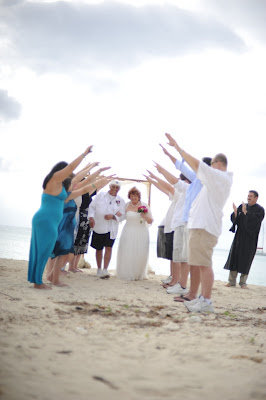 It was so touching, loving and beautiful. Congratulations Valerie & Mike. 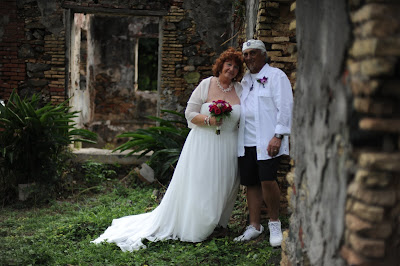 (PS And thank you Sunny Liston of Sunny Liston tours for referring them to me! Thanks for adding to the majic of the day!)