Not so simple centerpiece 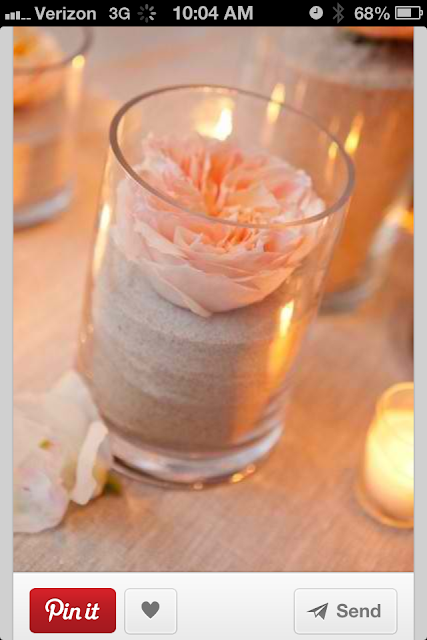 If you are on Pinterest I have no doubt you have seen this photo – it’s everywhere!! And I must have brides send this to me at least 3 or 4 times a month. I recently sent it to my florist to get an update on the cost and I mentioned to her how this is the centerpiece that just won’t stop and she said this was the 4th request she had for it this week alone!!
But I think this simple centerpiece is not as simple as it appears – it’s deceiving, that centerpiece is lying to you!! First, the price tag. With the fresh sand (you can’t use beach sand for this), the vase rental and the flowers (a peony is most likely going to be used here instead of the garden rose), delivery and set up, you’re looking at $30 per vase. $30 for a centerpiece isn’t bad, I agree. But that’s where the photo is deceiving. This vase is really not all that large is size and would look very small on a table by itself. It should be used as an accent piece to a larger centerpiece. If you look closely at the photo, you can see there are two more of these vases in the background. You’ll need to use a lot of them to make an impact on the table. Then the simple centerpiece idea starts to add up in price.
This centerpiece is a similar in it’s soft romantic tones but has more impact and at less cost: 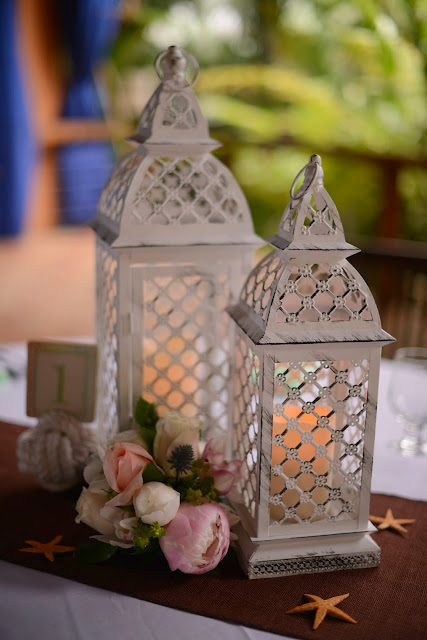