About this time last year, I had a bride that decided to forgo favors for a lemonade stand. Not just any lemonade stand, but one that supported Alex’s Lemonade Stand Foundation. We set up the entry to Villa Botanica so that as guests entered, they could have a nice cup of lemonade before making their way to the ceremony site. 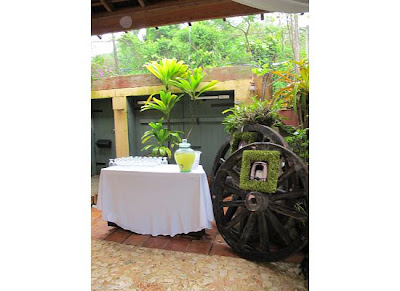 To be honest, there was so much going on at this wedding that I didn’t really take the time to learn much about the charity that the bride was supporting. I hadn’t thought much about the lemonade stand until recently, when I got an email from K12, an education site that I just signed my oldest daughter up for. Remembering the name from last year’s wedding, I took a closer look.

If you’re not familiar with the story of Alex’s Lemonade Stand, here is a little synopsis from K12’s site:

In 2007, we met Liz and Jay Scott, the parents of this remarkable young girl. They told us the story of the diagnosis of cancer Alex received shortly before her first birthday, and of the inspiring events that followed.

The doctors told Jay and Liz that even if Alex beat it, she would probably never walk again.

Alex endured many chemotherapies and surgeries, and by her second birthday, appeared to be beating the odds. In time, she managed to stand up and walk with the help of leg braces.

But the next year the tumors were growing again, and the family was shattered. When Alex was four she had a stem cell transplant, and told her mom, “When I get out of the hospital, I want to have a lemonade stand”— to raise money for cancer research.

Alex’s first lemonade stand raised $2,000. But Alex told her mom and dad her goal was to raise $1 million.

News spread about this remarkable child. People from all over the world, moved by her story, held their own lemonade stands and donated the proceeds to Alex and her cause.

When Alex passed away in 2004 at the age of eight, she had reached her goal of raising $1 million.

Isn’t that amazing?! Would you like to help?? Consider having a lemonade stand this summer in honor of Alex and all the things she accomplished in her eight years. Learn how here. And if you do, please let us know so that we can send you an awesome printable download lemonade stand banner!