I am a Sky Lantern scrooge. I am very sorry.

I hate writing a negative tone blog post. I have two whiny children at home and am always singing “if you can’t say something nice than don’t say anything at all”. So I feel a bit hypocritical coming on and sharing my dislike for sky lanterns. Because honestly, they are so very pretty, I do like the overall look. Who wouldn’t? 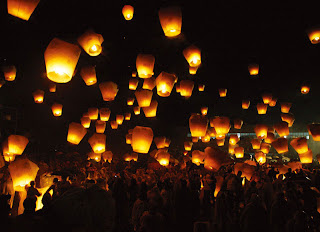 I mean..I totally agree, that is very cool! I’ve had a lot of brides ask me about these, what the rules & regulations are, and if they can do them for their wedding. Instead of writing this out for each email, I decided to do a blog post that I can link my answers to (so you may be reading this after asking me about sky lanterns and if you are…hi! Glad you followed my link!).

1) The websites also state that these should be used in little to no wind. Here in the islands, we are fortunate to have lovely trade winds. It’s almost always a little breezy here – if not full blown windy. And often times, it is dry. This means you could release the sky lantern and instead of drifting off over the ocean, it is blown back onto the island, possibly in someones yard, possibly lighting something on fire.

2) Let’s say it does drift out nicely over the ocean…where it will inevitably land. Biodegradable does not mean that the moment it touches the water it will disintegrate. While most are made of rice paper and rice paper poses no threat, it’s the inner components that could cause damage. The very best sky lantern I have found is made up of rice paper and bamboo…but also a small amount of wire that takes up to two years to degrade. These lanterns will mostly likely end up in the ocean and a soggy wet mess that will look a lot like a jelly fish. You know what loves to eat jelly fish? Sea turtles. 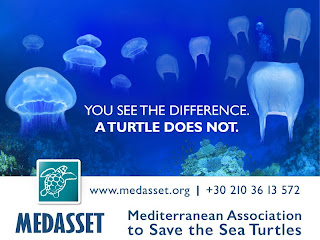 3) Airport threat.All the websites I read said that they are not to be released within a five mile radius of airports or airfields. There is a lot of small craft traffic in the islands…I don’t think a big blob of floating light is a good idea. Other sites also advised not lighting them within 2 miles of a major roadway – this isn’t possible in the islands.

Overall, I just don’t think they are a good idea. Am I going to stop you from lighting & releasing them on your wedding day? No. Honestly, I think most of the time they are released after the reception, as the end of the night, after I am home and in bed. So you don’t even have to worry about any disapproving looks while you release them. =) But do know that certain locations may not allow them – they really shouldn’t be released less than 30 metres from any building or structure. This may eliminate the ability to release them from the dance floor.